Are your employees flying the red flags of fraud?

Are your employees flying the red flags of fraud? 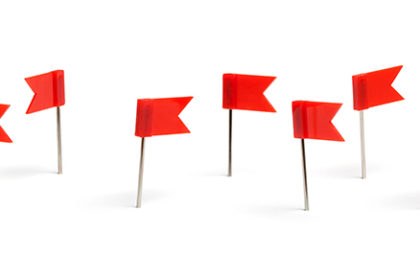 Forensic accountants are best qualified to unearth the “hows and whys” of occupational fraud. But it’s up to employers to know when it’s time to call for professional help in the first place. The signs of fraud can be easy to miss, but they’re usually there.

Dishonest employees may use anything from fictitious vendors to false invoices to cover up theft. To ferret out potential fraud, look for such signs as:

An increase in the number of complaints your company receives is another warning sign. An investigation may lead to a relatively innocent explanation, such as a glitch in your shipping system — or it may lead to a fraudulent billing scheme. Pay equally close attention to declines in product quality. They could just stem from a faulty batch of paint or indicate that a thief is working in purchasing.

Changes in an employee’s lifestyle can be evidence of fraud. Although such changes usually are difficult to spot initially, a pattern is likely to emerge over time.

For example, one piece of expensive jewelry could be a gift, and a good investment return may pay for an exotic vacation. But if your warehouse manager brags about his new state-of-the-art home theater, buys an expensive car and decides to install a backyard pool, you should question how that’s possible on the salary you’re paying.

When employees steal, especially if they’re first-time offenders, they may no longer be on their best behavior. In fact, you may not even recognize them. People who have always been cooperative may become argumentative. Or, alternatively, someone who typically is difficult to work with may suddenly become everyone’s friend.

If an employee starts drinking to excess or takes up smoking, ask what’s wrong. If they can’t sleep, or if they worry obsessively about the possible consequences of actions and resent other employees’ participation in “their” projects, be concerned. They may be wrestling with a family problem — or stealing you blind.

The signs of fraud are easy to overlook, in part because they aren’t necessarily signs of fraud. There may be explanations for suspicious behavior that have nothing to do with fraud, but you won’t know unless you investigate further. If you begin to suspect fraud, contact us at 205-345-9898.